Zagitova’s Devestating Performance: Too Much Too Soon? 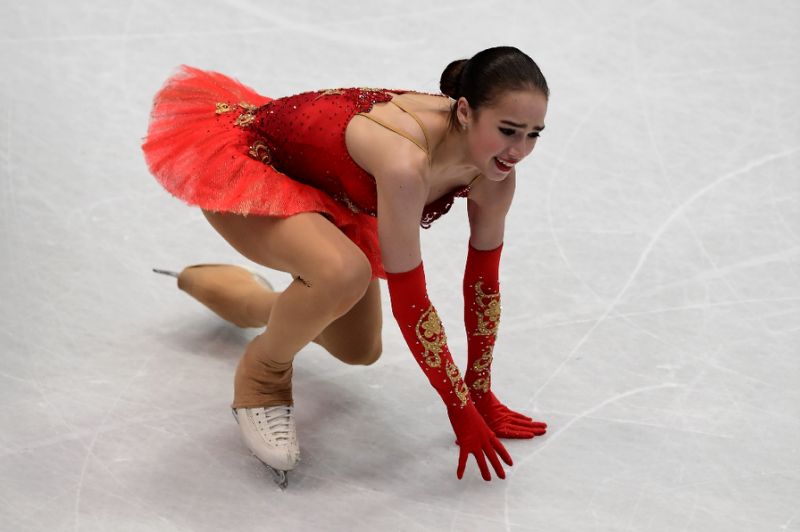 Nobody saw that coming! Going into the World Championships and even after a mistake in the short program, everyone believed Alina Zagitova was a shoo in for the World gold medal. Her ability to focus mentally and perform consistently has made her an unbeatable force this season. I think many believed she was not capable of making mistakes. However, her free program at Worlds showed us a different side of her: a young, vulnerable girl who just recently stepped into some pretty big shoes.

The Thing about Expectations

I imagine the pressure and expectations she felt from her country, her coaches, fans, family and friends was ENORMOUS!

It doesn’t matter whether the expectations are real or imaginary…if you feel pressured to perform, your nerves will run high and it becomes almost impossible to get out of your head and into your skating.

After the fall on the first lutz Alina’s strong demeanor seemed to shift. Her “perfect” track record was broken and so were her spirits. The rest of the program appeared to crumble, as she was unable to get past her fall leading to 2 more falls before the routine was complete. That is how mistakes work, they are always the stickiest in our minds. A mishap on an element can plant a seed of doubt, like a virus in the mind, that clouds belief in self and technique in general. Everyone knows that Alina could physically do all those jumps but her mind obviously told her otherwise.

Ultimately, developing mental skills to take your focus inward and away from the outside distractions becomes a strategy to combat this. Breathing exercises, positive self-affirmations and using keywords to get in the zone are all techniques I teach my skaters. For Alina, letting go of the mistake on the lutz by filling her mind with the keywords on the next element would have helped her to get in the zone during her performance. By disconnecting from the negative emotions she instantly experienced with the blow of the fall and tuning into the technique required to be successful on the next elements she may have been able to regain her composure and move into first place.

One mistake cannot break a performance…unless you let it.

Keep Your Brain in the Game