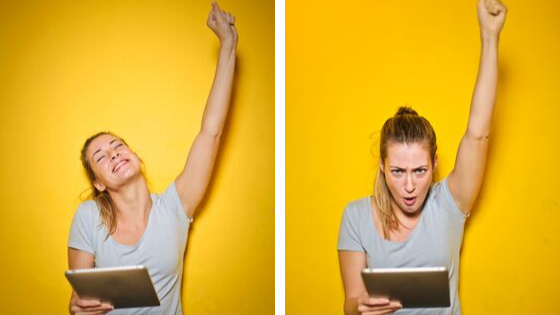 Over the past 4.5 years I have had the pleasure to help athletes overcome mental blocks, build confidence, and perform to their ability when it matters most: during competition. I want to highlight 3 skater’s accomplishments that truly showcases what is possible when there is commitment to training the mind with the body. I want to share a little bit about each of their journeys, in hopes that this will motivate you.

Skater 1 was a skater,  who had a fear of failure. So much so, that she would rather not attempt the jump than to attempt and mess up. I would often ask her the question, “are you afraid to bruise your butt or your ego?”. Teaching the importance of falling as a tool for learning. If she never tried the jump she was never going to achieve it, however, it was sometimes painful to jump and pull in.  She went from circling and bailing out on the jump, to having a clean, consistent, beautiful triple sal in the program. Her confidence is stronger than ever and she is a fierce competitor ready for the season!

Skater 2 also struggled with fear of failing and for her it showed up by regularly doubling the triple jumps. Perfectionism, needing to appear perfect for everyone else, was a big part of this skater’s struggles. The mental block and habit of doubling the triples became so powerful that she went 5 months without trying 1 triple jump! She was questioning whether she would ever be able to jump again and if she should just quit. We continued our work together, setting the unusual goal to embrace falling, reframing the negative self-talk and cultivating a gratitude practice.The double jump slowly turned to double and a half, then triple, and now triple/triple combinations. Now she focuses what she did well and is ready for her season!

When I started with Skater 3 she lacked balance in her skating. The jumps were really great but the spins and skating skills were not up to par, so she was not hitting her competition goals and experienced a lot of self-doubt. In working with her coach, we built a solid on-ice/off-ice plan to train her to become a well-rounded, elite skater. A big part of this was getting lots of competition experience and setting the goal to lay down a solid foundation at the first pre-season comp. and then build with each consecutive competition. She knows when she wants to peak and is on track to achieving her season goals!

All of these hard working skaters work on training their minds as efficiently as they train their bodies. They have committed to regular weekly training calls with me for at least one year and are experiencing the benefits of this work. I am so proud of each of them.

Keep your Brain in the Game

Get the FREE Performance Mindset Worksheet, used by Elite Athletes and Olympic Medalists to move past mistakes, stay focused, and get in the zone!

Competition season is off to a good start. Be prepared! Always arrive with your mental training toolkit. #figureskatermindset #figureskaterfitness ... See MoreSee Less