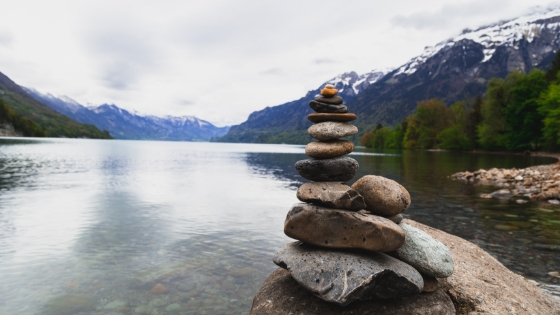 Focus, commitment, and dedication are just a few of the characteristic that define figure skaters. I still remember that year when I made the decision to forego the New York band trip all my friends were going on so that I could train away for 6 weeks in the summer. This was perfectly ok for me, in fact I would have chose skating over anything else in my teenage life. As you progress in the sport your commitment to training both on and off ice increases, making it difficult to have a life outside of the arena. The idea of balance is an important thing to consider.

After watching the World Championships this past weekend, I was struck by this theme of finding balance in a skaters life. Take for instance Nam Nguyen. He is a skater who experienced lots of success early in his career as a Junior but never seemed to reach his potential as a senior….until this season. Last year he made a decision to start funding his skating and there has been a real change in the way he trains and performs now that his skating is his own. Nathan Chen is another example of a skater who chose to do things on his own terms and attend university while continuing to train.

Alaine Chartrand made a great comeback after not making the Olympic team last season and was another skater who chose to go to university and skate. Michal Brezina appears to have made a significant comeback this season after achieving success in 2010. At 28 years old, he is married and training in the US with Rafael Arutyunyan and has rekindled his love and passion for the sport.

All of these skaters had greater success then they had in previous seasons and I believe finding some balance in their skating and choosing to skate for themselves played a significant role. As a Mental Trainer, one of the most important lessons I teach my skaters is that skating does not define you. It is what you do, not who you are. You don’t have to enjoy early morning ice, freezing cold rinks, or even the stress of competition but you do need to LOVE and have PASSION for your sport and have an identity outside of it.