Skaters, Don’t Throw Away a Practice because of One Mistake! 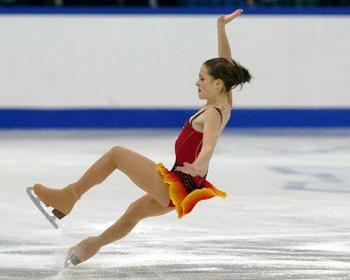 In a recent coaching call, a skater was telling me about a bad practice she had. She was explaining the emotions of panic and fear she experienced after a mistake on one of the jumps while warming up to run the program. From what I could see and hear, these emotions were still raw.

If you are like my skater you have probably experienced getting caught in an emotional trap before. You step on the ice ready to skate and the first mistake knocks you off your game, sending you into a spiral of negative emotion.

Here is an important equation that I helped her work through during our session to better understand how to control and change her behaviour.

Thoughts of “what if I can’t do this in the program?”, “remember when I lost this jump for a month!” which lead to…

Feelings of panic and fear, resulting in the…

Behavior of skating a disappointing run-through.

In the moment, she was so caught up in her Feelings that she never gave any consideration to the thoughts that were steering the boat! This is very common.

I helped her take one step backward in the equation to identify the Thoughts that created the Feelings and replace them with Thoughts that were positive and in alignment with her goals.

By simply asking yourself, “what could I think or say instead?” and choosing to replace your self-doubting, worrisome thoughts with these, you take control, not allowing one mistake to ruin your run-through or practice.

Once you are aware of your thoughts, you have the CHOICE to CHANGE them and CHANGE THE ENTIRE DIRECTION OF YOUR PRACTICE!